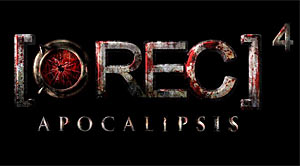 Since [REC] 4: Apocalypse will begin filming early next year, the new official teaser trailer for it won’t show you any footage from the fourth installment, which will be directed by Jaume Balagueró. However, it still manages to keep you on the edge of your seat with the use of subtitles and highlight clips from the first two films.

It appears that [REC] 4: Apocalypse is ditching the comedic tone and found footage shooting style entirely, which was featured in [REC] 3. Based solely on the synopsis below, it sounds like Balagueró is trying to get the franchise back on track, and pick up the pieces from the first two films, avoiding the third entry completely.

Angela Vidal, the young television reporter who entered the building with the fireman, manages to make it out alive. But what the soldiers don’t know is that she carries the seed of the strange infection. She is to be taken to a provisional quarantine facility, a high-security installation where she will have to stay in isolation for several days. An old oil tanker, miles off shore and surrounded by water on all sides, has been especially equipped for the quarantine.