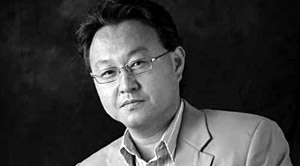 Shuhei Yoshida, president of SCE Worldwide Studios stated in a recent interview with Edge that he would hate to see the PlayStation 4 overrun with shooters and action-adventure games, or anything with graphics that are very photo realistic.

According to the big boss, gamers can have fun with other genres like Knack, a platform game developed by Japan Studio in cooperation with game designer Mark Cerny. Knack was the first game showcased for the PlayStation 4 back in February to demonstrate to the world that the console is capable of doing more than just stunning graphics.

“It was pretty intentional,” Yoshida said. “We were like, ‘yeah we hate to see all the PS4 games being FPS or action-adventure or very photo realistic,’ you know big-budget blockbuster games. And you know people like these games, but these are not the only kinds of games that people can have fun with.”

Although, the core at Sony has always been to enhance technology and performance, Yoshida reassures once again that hardware isn’t the biggest concern anymore.

“Yeah, so almost the biggest message that we wanted to send in preparing for the event as well as in designing PS4 was…we at Sony and we at Sony Computer Entertainment, it’s just natural for us to enhance the core technology and performance of the hardware, but it’s not the hardware that is the biggest focus,” he said.

As of now, reports are hinting that the PlayStation 4 will launch in November at a market price of $430.