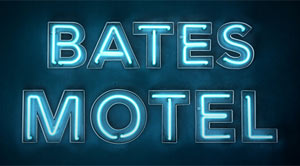 The fourth episode of Bates Motel is airing tonight on A&E , and we can already confirm that the series will get a second season. Bob DeBitetto, President and General Manager of A&E Network and BIO Channel announced earlier today that the network picked up Season 2, and will begin pre-production later this year.

According to DeBitetto, the premiere of Season 1 had a total of 4.5 million viewers based on Live+7 viewership, making it the most-watched original drama debut in the key demos in the network’s history.

“Bates Motel’ has garnered critical acclaim and a loyal audience in its first few weeks,” said DeBitetto. “With superb writing and exceptional acting, led by the critically acclaimed performances of Vera Farmiga and Freddie Highmore, we’re incredibly excited to see where Carlton and Kerry take Norma and Norman Bates next.”

Bates Motel will have ten new episodes in Season 2, which is slated to premiere for 2014. Until then, make sure you follow our weekly reviews on Season 1 here on Yell! Magazine.