Alive, An Undead Survival Series – Or, This Sounds Like An AMC Show 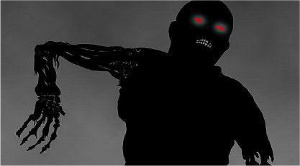 There’s an upcoming zombie-based Web series on the horizon. It’s called Alive, an Undead Survival Series. Apart from the catchy title, the premise of the show sounds awful familiar:

“Three weeks into the zombie outbreak, a group of survivors find refuge at a campsite in Eden from the Undead apocalypse sweeping Buffalo. With supplies low, a team must fight through the outskirts of the city to scavenge for food and weapons.”

Actually, it sounds more like one episode of said familiar show. However, any straight zombie tale has been told, so no one can be wronged here, specifically script writer and co-producer Ty Cheman.

Cheman has revealed that he has “four experienced people helping to direct six episodes.” He has also stated that he has a ton of support and help on the project.

Alive, an Undead Survival Series should be released in August 2013, or at least according to its Facebook page.