Eva Green Has Been Selected To Play Ava Lord In Sin City: A Dame To Kill For 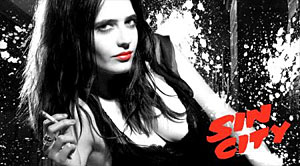 Eva Green Has Been Selected To Play Ava Lord In Sin City: A Dame To Kill For

It’s officially on the record; Eva Green (Casino Royale, Dark Shadows) has been handpicked by Miller and Rodriguez to play the iconic character, Ava Lord, in Sin City: A Dame to Kill For. Miller described Ava as “every man’s most glorious dreams come true, she’s also every man’s darkest nightmares.” From the sound of things, both Miller and Rodriguez are confident that Green can pull off the role and are enthusiastic to have her on board.

“We’ve been wanting to tell this story for a very long time. Ava Lord is one of the most deadly and fascinating residents of Sin City. From the start, we knew that the actor would need to be able to embody the multifaceted characteristics of this femme fatale and we found that in Eva Green. We are ecstatic that Eva is joining us.”

Eva Green is among the many new and reprising stars who have been selected over the past few months to play an important role in Sin City 2.

Lastly, production for the film has been well underway at Troublemaker Studios in Austin, Texas, and is slated for release on October 4, 2013.