The Bronx (IV) Is Streaming On RollingStone.com – Ears Explode 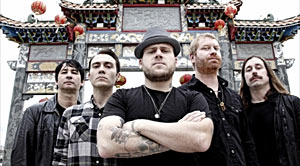 The Bronx – “Too Many Devils”

LA punk band The Bronx has premiered a stream of their highly anticipated new album, The Bronx (IV), today on RollingStone.com. The long awaited album will be released on February 5, via White Drugs/ATO Records and is available for pre-order now at thebronxxx.shop.musictoday.com.

“Kicking off with the pummeling ‘The Unholy Hand,’ the Bronx refuses to relent, unleashing hook after earworm hook on tracks like adolescent anthem ‘Youth Wasted,’ the powerfully subdued ‘Torches’ and scorched-earth closer ‘Last Revelation.'” – RollingStone.com

“The Bronx have made the most focused and diverse record of their career.” – Alternative Press

“With a full-frontal attack that lands between the Foo Fighters’ alternative assault and The Black Keys’ bluesy swagger, the electric ‘Youth Wasted’ doesn’t miss a beat announcing The Bronx’s triumphant, highly evolved (and highly anticipated) return to rock.” – MTV.com

The Bronx will be performing a limited number of sold out album release shows in San Diego, Los Angeles and New York in February before heading overseas to Europe for a tour in support of the new album.