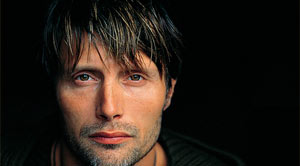 Are you curious to know when Bryan Fuller’s upcoming TV thriller, Hannibal, will kick start? Well according to the chairman of NBC Entertainment, Robert Greenblatt, addressed over the weekend that Hannibal could start before the end of the season, if other series on the network flop.

Greenblatt said Hannibal could make it on the schedule before the end of the season if other midseason offerings fizzled. But he also said it could be held for summer, where it might be competitive against high-quality cable dramas. Added Salke: “It’s very unique. It’s like a procedural you’ve never seen before.”

On the other hand, if things go well for NBC this season then we will most likely see the pilot episode of the series air in the summer, which is directed by David Slade. Hannibal focus on the budding relationship between FBI criminal profiler Will Graham (Hugh Dancy) and Dr. Hannibal Lecter (Mads Mikkelsen), a forensic psychiatrist destined to become Graham’s most cunning enemy.