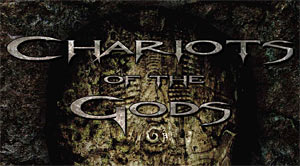 What Canadian cities come to mind when you think of the metal scene up there? Most likely you think of Montreal or Vancouver. Ottawa is probably near the bottom of your list, if at all, yet things are happening in Capital region.

One band from the area to keep an eye on is Chariots of the Gods. Combining thrash and death with the modern nuances of hardcore, the band delivers a powerful and unrelenting metal assault.

Chariots of the Gods will release their debut full-length album, Tides of War, on January 29, 2013. The album was produced by award-winning producer/engineer/mixer Glen Robinson (The Ramones, AC/DC, Queensryche, Gwar, Annihilator, and Voivod). A free download of the title track, “Tides of War,” is available at chariotsofthegods.com and you can pre-order the album at the bands BandCamp page.

Chariots of the Gods – Tides of War Track Listing