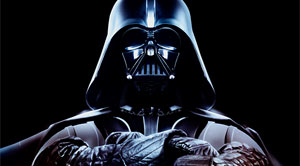 Interesting timing here on some good ol’ Star Wars news because, oddly, just a few days ago I had a conversation with a friend about the franchise and how deep George Lucas has been involved with his epic space opera creation since the day he wrote a 13-page treatment titled The Star Wars, back in 1973.

Now, four decades later, counting 2013, the story has expanded into six full episodes and beyond during the time George Lucas owned his legendary Star Wars franchise, including his independent production company, Lucasfilm Ltd. It now appears that Walt Disney has acquired full ownership of both brands for a transaction valued at $4.05 billion, with Disney paying approximately half of the consideration in cash and issuing approximately 40 million shares at closing.

Here is what George Lucas said in regard of the mind-blowing deal:

“It’s now time for me to pass Star Wars on to a new generation of filmmakers. I’ve always believed that Star Wars could live beyond me, and I thought it was important to set up the transition during my lifetime. I’m confident that with Lucasfilm under the leadership of Kathleen Kennedy, and having a new home within the Disney organization, Star Wars will certainly live on and flourish for many generations to come. Disney’s reach and experience give Lucasfilm the opportunity to blaze new trails in film, television, interactive media, theme parks, live entertainment, and consumer products.”

It also appears that Star Wars Episode 7 is considered as one of the first steps to accomplish in the hands of the new owner, as Disney’s press release confirmed that it’s already targeting a release for it in 2015, and that more feature films are expected to come after that. George Lucas will not direct any of the forthcoming Star Wars films, including Episode 7, as he will only serve as creative consultant.

Kathleen Kennedy, current Co-Chairman of Lucasfilm, will become President of Lucasfilm, reporting to Walt Disney Studios Chairman Alan Horn. Additionally she will serve as the brand manager for Star Wars, working directly with Disney’s global lines of business to build, further integrate, and maximize the value of this global franchise. Ms. Kennedy will serve as executive producer on new Star Wars feature films, with George Lucas serving as creative consultant. Star Wars Episode 7 is targeted for release in 2015, with more feature films expected to continue the Star Wars saga and grow the franchise well into the future.

To me this sounds like fantastic news, and I can’t wait to see where the Star Wars franchise goes from here.