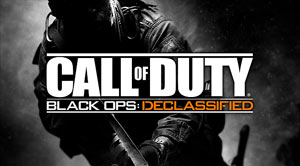 This new update brings tears in my eyes in regard of the upcoming video game title Call of Duty: Declassified, exclusive to the PlayStation Vita. The game will not have a zombie mode, according to Activision. Apparently, the standard multiplayer took priority in development, which left zombie mode out of the loop for the first time in the Black Ops series.

Here is what Activision’s current blogger, Dan Amrich, said over at One of Swords:

“That’s the core experience, and that simply needs to come first… There’s always a list of things you want to do and things you need to do, and at the end of the day realistic goals are the ones that people actually attain.”

While this popular mode is officially canned for now in Black Ops Declassified, the game will still host a similar mode called “Hostile” without the undead. As of right now, I’m a little ticked off and I’m just hoping that Activision will consider creating a zombie mode DLC after the release.

Black Ops Declassified is currently in development and is expected to be released on November 13, 2012, for the PS Vita.