Monsters Scare You! – No, This Has Nothing To Do With Movies 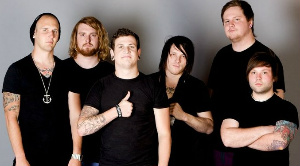 I’m undecided about Century Media newcomers, Monsters Scare You! I think they’re mostly having fun with the blend of sounds and genres they’re experimenting with, but the electro is a tough bullet to bite. If, however, you’re looking for something hardcore that is a bit original, these guys are your best bet.

Check out the new video for “Shut Up Our Song Is On,” above and the press release and some behind-the-scenes footage below. Seattle’s post-hardcore/electro band Monsters Scare You! released the self-produced music video for their track “Shut Up Our Song Is On.” The song will be featured on Monsters Scare You!’s Century Media debut, due out in early 2013.

Monsters Scare You! was formed in 2008, and in their short existence have created an enthusiastic fan base with the combination of pop, metal, and electronica. The band has posted a video of themselves discussing their Century Media signing, as well as various live and backstage footage:

In 2010, Monsters Scare You! went into the studio to work with engineer/producer Joel “Casey Jones” to release their Teratophobia EP. In support of the release of Teratophobia, the band hit the road on an entire West Coast tour consisting of 23 shows in 25 days. With increasing crowds and buzz, Monsters Scare You! became one of the top unsigned band in Alternative Press Magazine.

Monsters Scare You! is: