Randy Blythe Is A Free Man, Not A Number 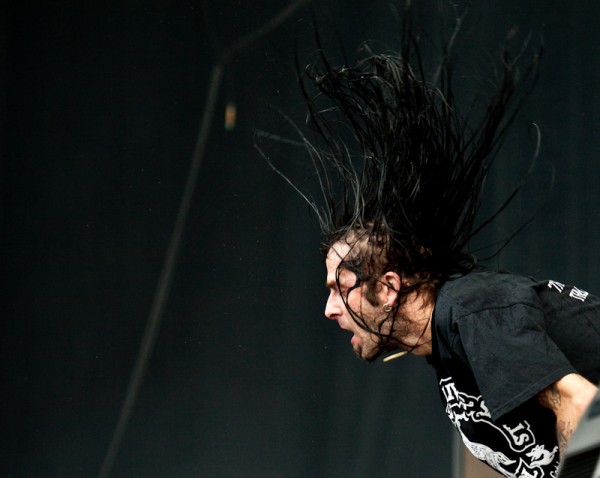 Lamb of God’s Randy Blythe has finally been released from jail in the Czech Republic. Blythe spent five weeks behind bars on charges of manslaughter.

Yes, I included some Iron Maiden-based humor in the title, and I apologize for the cheese.

While saying that Blythe is a free man might be a bit premature, he is out on bail. I suspect this means he’ll have to return to the Czech Republic for his trial. The prosecutor of the Prague 8 District Court had challenged the $400,000 (USD) bail, but the Prague Municipal Court ruled against the challenge late in the day on Thursday, August 2, which has resulted in Blythe’s release.

Prague court spokeswoman Martina Lhotáková stated, “The decision was reached yesterday at 4 p.m. following a closed-court session. The only condition of release was the approximately 8 million Czech Koruna ($400,000 USD) bail.”

Randy Blythe landed in New York on Friday, August 3, and already Lamb of God plans are being made and confirmed. Yes, the Lamb of God/Dethklok tour is still canceled, but they’ve been added to the inaugural KnotFest. I would love to be there to see Randy unload his anger on stage. KnotFest takes place on August 17 at Council Bluffs, Iowa, and August 18 at Somerset, Wisconsin, and features performances by Slipknot, Deftones, Machine Head, Serj Tankian, Cannibal Corpse, The Dillinger Escape Plan, The Urge, Prong, and Gojira.

Outside of these KnotFest dates, Lamb of God isn’t planning a U.S. tour until late October.

Upon Blythe’s landing in New York City, he took the time to pose with a fan for an Instagram pic, which he Tweeted with the statement:

“”I apologize for my absence. I had an unexpectedly lengthy layover in the Czech Republic.

This lovely young woman named Lia came to the NYC airport just to say, ‘Randy, I’m glad you’re home’. WHAT A SWEETHEART! Her boyfriend Gary had to work so we called him on his cell. WE HAVE AWESOME FANS! How rad to be greeted by one for my layover in NYC – soon I’ll be home in RVA (Richmond, Virginia).

Thanks for your good thoughts and prayers… I’ll release a statement soon. Yee-haw and God bless the U.S.A.!!!!!!!!!”

Randy, we might not be as cute as Lia, but we’re glad you’re home, safe and sound.