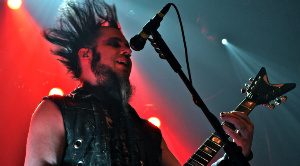 Looks like Yell! Magazine has to add another festival to future itineraries – and it’s in my home state.

Presented by 95.1 FM, the WIIL Rock Fest is held at the Shadow Ranch in Twin Lakes, Wisconsin. This year it’s celebrating its 20th year with 20 bands – and the fest’s gift to you is to charge you just 20 bucks to get in. That’s a deal and a half, even if there are some questionable bands appearing (at least by our standards). Still, I’d pay $20 just to see Static X play.

The WIIL Rock Fest happens on August 11th and on the 10th there’s a pre-party, which will feature Trapt, Royal Bliss, and The Dreaming. Tix for the pre-party run just $10 and takes place at the Brat Stop.

Head on over to the official site to buy your tickets – www.wiilrockfest.com.