Suicide Monday: No Beauty Shall Escape Our Sight 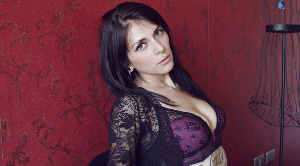 
What constitutes a “favorite” Suicide Girl? Well, she has to meet a few of our standards: She should be fairly heavily tattooed and/or pierced, into one or more of our topics of interest (heavy metal/hardcore rap, horror/sci-fi/action movies, MMA, and/or specific types of video games), and seemingly interesting as a person (as best as we can judge from the brief bio SuicidGirls sends us), and sexy.

And if you want to see these girls in all their sexy glory, join SG via this link. In brightest day, in blackest night,
No evil shall escape my sight
Let those who worship evil’s might,
Beware my power, Green Lantern’s light!!!

Any girl with a Green Lantern tattoo is a friend of ours, especially if they cite giving blow jobs as something that gets them hot. Severen Suicide is proof positive that sexy geek is the new chic. Then we have the Chilean Ayleen Suicide. She makes chocolate and likes heavy metal. What else could you ask for? OK, yes, a sexy, nude photo set makes a good request. Thankfully, Suicide Girls made that a reality, and we’re here to give you a teaser preview. Into: Superheroes. Tabletop gaming. Various forms of art. Star Trek. Magic the Gathering
Not into: Gossip. Close-Mindedness. The road Marvel is traveling down. Watching sports. Complaining.