Suicide Monday: From Vegan To Vodka 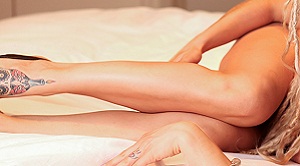 I was hesitant about including Danette Suicide. Is it what we really need, to promote another vegan from a Latin country? Plus her SuicideGirl name is the same as my dad’s ex-wife, whom he endearingly used to refer to as “The Bitch” when their divorce was fresh. But, Danette Suicide proves to be just too cute not to be included in Suicide Monday and she’s into heavy metal and Johnny Cash.

Then there’s the globe trottin’ Waikiki Suicide who seems like she lives a pretty wild life while being some intense sexual dynamite. However, for all her binge-drinking, smoking, and partying ways, I have a feeling she spends more time in the gym than she lets on. Just look at those arms and the rest of that deliciously toned body. And again, she’s into heavy metal among some other cool things.