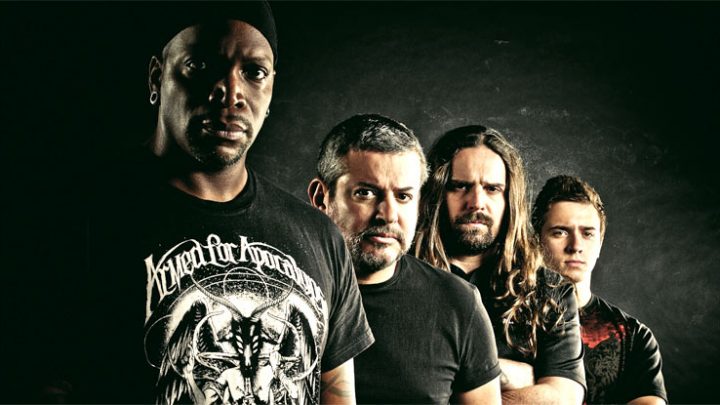 In honor of it being Black History Month, Yell! Magazine would like to recognize 11 black musicians who kill it in metal and hard rock. These are black artists who’ve made an impact in the heavy metal and hard rock genres. It’s a small demographic, and the fact is that a black dude delivering death growls or shredding on guitar kind of stands out like a hooker in church.

Note: Due to hyper-sensitive politically correct extremists standing on their soapboxes, we’ve changed the title of this article. Happy?

This list isn’t about greats like Bo Diddley, John Lee Hooker, Little Richard, Chuck Berry, James Brown, etc. (nor is it about Jada Pinkett Smith’s Wicked Wisdom); this is about guys like Howard Jones of Killswitch Engage. Arguably, Body Count should be on this list too, but their impact wasn’t far reaching and the act always felt a bit gimmicky. And many will say, “Where’s Vernon Reid of Living Colour?” I say, a bit too glammy.

Before Black History Month ends, let’s get to the list of

11 Blacks Who Kill It In Metal And Hard Rock

Two years and three studio albums, that’s all he needed to forever change the face of rock and the way the guitar was played. Previous to his 1967 debut, Are You Experienced, Hendrix was a session musician, playing with the likes of Little Richard, Curtis Knight, Sam Cooke, the Isley Brothers, etc., and even befriending and jamming with Eric Clapton. Posthumously, Hendrix has had even more success and more studio releases.

Hendrix will never be forgotten – and no one’s rendition of “The Star-Spangled Banner” quite speaks to the chaotic confusion of its time and some misguided promulgated sense of national pride.

Benji Webbe comes from Newport, South Wales, and is a member of hybrid metal outfit Skindred. Webbe’s story, however, goes back to 1993, when he was a founding member of similarly styled Dub War, which disbanded in 1998/1999. For a very short stint between Dub War and Skindred (formed 1998/1999), Webbe formed Mass Mental with Robert Trujilo (Suicidal Tendencies, Metallica). Along the way, Webbe has performed with Korn, Bullet for my Valentine, and Soulfly.

What Skindred does is a masterful and powerful amalgamation of reggae, hip-hop, heavy metal, ska, dubstep, and much more. The amazing thing about Skindred’s output is that it feels natural and, most importantly, unpretentious.