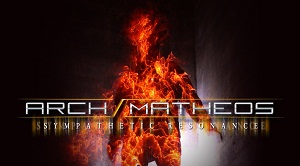 Arch / Matheos will release their debut album, Sympathetic Resonance, on vinyl come January 31, 2012. Bands have long continued the vinyl tradition, which has seen a rise in popularity in recent years, but with the impending demise of the CD, you might as well promote the hell out of it. Besides, cover art is so much more beautiful in 12 inches — and, contrary to Rod Harshcore’s article, vinyl sounds better.

If you haven’t heard the album or read our review, you really have to, especially if you’re a prog metal fan; it’s simply amazing and worth your time.