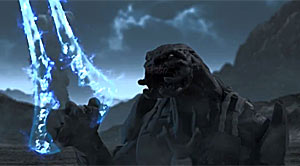 You might have heard, Halo: Combat Evolved Anniversary launched last week, along with the announcement for Halo 4’s Q4 2012 release date. This is all big news in the Halo community, especially since Halo 4 won’t be helmed by Bungie, but rather 343 Industries. For now, however, the more exciting news is the anniversary edition, which has upgraded the visual appearance of the original, in addition to such new aspects like achievements, terminals, and online play.

Whether by coincidence or calculation, the new Halo: Faith trailer launched (if you haven’t already, check it out above). The trailer is for the Halo: Faith short film, obviously, written and directed by Jared Pelletier. The trailer hints at some kind of government operation to find and train young kids to become Spartans, in the “Spartan-II Program, Eridanus II.”

From the incredible score to the stunning cinematography, everything about the Halo: Faith trailer is awesome and enticing and we here at Yell! Magazine cannot wait to see this in its entirety.

A few months ago we spoke to award-winning Canadian director Jared about Halo: Faith and Halo in general, and we were able to exclusively bring you the first screenshot. For now, because all we have is the trailer and the interview and no damn access to the short, we’re going to sit and watch said trailer again and read our interview. We hope you take the time to read our interview of these up-and-comers and learn more about the inception and creation of Halo: Faith.