Short: Guillotine Guys (2010) – Chop-Chop! Think Twice Before You Decide To Rob The Next Convenience Store 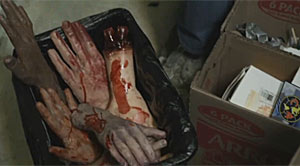 This short is dedicated to all those punks who think robbing a convenience store, and causing misery to the owners is a fun thing to do. The “Teenage Flash Mob” robberies are on the rise these days, but what would happen if the owners took justice into their own hands? Maybe a little lesson in life with the use of a guillotine could possibly be the solution to take. This comedy thriller was directed by James Ricardo that stars Russ Kingston, Mark Wood, and J.C. Maçek III.

Check out the Guillotine Guys, and let us know what you think in the comment section below.