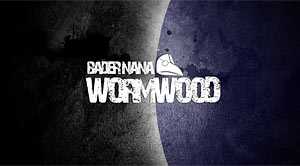 Bader Nana has set September 1st, 2011 as the date to release his debut album titled WORMWOOD. Bader has recorded the album in his project studio in Kuwait working solo on composing, recording, producing, mixing and mastering the album, having commenced work on the record just under a year ago. The concept album exhibits a blend of intense guitar riffs and scorching lead guitar solos, groovy drum patterns, accompanied by orchestral elements, piano, classical guitar, and synth leads. Bader Nana states his vision over the album “When I wrote the concept and story over the record it just felt like some sort of a blockbuster movie to me and I wanted to approach the music from that sense, so I spent a very long time writing the orchestration bits in tune with the guitar parts to form a soundtrack-like piece of work with a rock/metal drive”

The album will be Bader Nana’s first official release since he began working as a musician over a decade ago, Bader states “This has been long overdue and the time couldn’t have been more right; I am very proud of how this album came about and I truly feel that a huge part of me and my soul is sitting there within those songs.” Bader adds “The nature of the story and the dark feel behind it really set the stage for all the parts going into the record! It’s been a journey writing the album”

The full length bags a total play time of about an hour, the previously announced title track list is as follows:

Bader Nana will be releasing the album through his Bandcamp page for FREE DOWNLOAD.

Stay up to date with all updates leading up to the album release on Bader’s Official Facebook fan page.