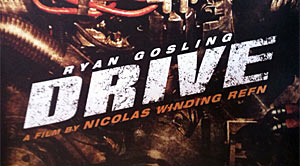 Ryan Gosling finally picks up the pace as a wheelman in Nicolas Winding Refn’s latest film adaptation of the same name called Drive. Apparently, Ryan is pulling strings in Hollywood, and was allowed to select the director for the film (who knew a Canadian can pull that off these days). Refn is known for films such as Pusher, Bronson, and Valhalla Rising.

Drive is currently set to release in theatres September 16, 2011.

A Hollywood stunt performer (Ryan Gosling) who moonlights as a wheelman discovers that a contract has been put on him after a heist gone wrong.