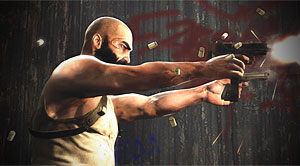 As much as everyone thinks that Max Payne 3 is dead, and that Rockstar Games have completely given up on this title for L.A. Noire. Max Payne 3 is back up on the radar given all the rumors and delays it has been getting.

Rockstar Games took action a few days ago, and tweeted two new screenshots followed by a message “He’s coming”. One of the screens looks like it was taken from the game itself, and the other is another promo shot. So don’t get too excited yet, since the screens aren’t something extremely exciting to look at, but at least the game is still in working progress. If you have an issue with the appearance of Max looking old and fat, the man can probably still dodge bullets faster than you ever can, so we think.

Expect to see more Max Payne 3 screenshots, and possibly a trailer in the near future right here at Yell! Magazine.