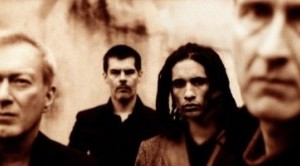 On January 25th, 2011 seminal punk band Gang of Four released a new album, Content, their first in 16 years. Why is this relevant you might ask yourself? Well, I asked this question since buzz hit about it around Leeds and London and then a world tour was announced. The tour is what grabbed my attention.

Gang Of Four – I Party All The Time

Gang of Four, for those not in the know, are a band out of Lees, England that changed the sound of punk rock back in the late ’70s/early ’80s. Anyone who enjoys retro, that is, going to the roots of their favorite genres of music to listen to the old shit and compare it to the new (a prerequisite if you plan to write anything that a reader would want to take seriously) would know Gang of Four.

Their first two albums, Entertainment and Solid Gold, which mixed punk with dance/funk and reggae, turned the genre in a new direction. Bands such as The Red Hot Chili Peppers, and Nirvana cite them as a direct influence. But its their music (thick and tough) and their lyrics (politically and socially motivated) that is what made the band great.

Their new album has an influence from their older stuff with a more modern feel to their sound and lyrics. But it’s the tour that everyone should be excited about experiencing. Every metal fan who has become a fan recently or has been listening to it for decades wishes to see bands like Iron Maiden, Judas Priest, and Black Sabbath live. Hard Rock fans wish they could get in a time machine and return to the days of Led Zeppelin and the Rolling Stones to catch them live. And punk fans wish to see bands like The Sex Pistols, The Ramones, The Clash and Gang of Four. Well, here is your chance to catch one of the greatest punk bands in history, even if the play songs from Content for most of their set.