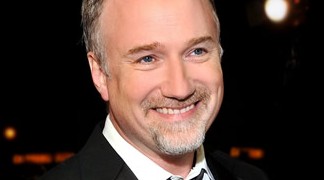 David Fincher received his directing and film making experience through work rather than post secondary education. First working at Korty Films, then at Industrial Light and Magic, Fincher laid the groundwork for his eventual success. Working at Industrial Light and Magic until 1984, he left to direct a documentary (The Beat of the Live Drum) which opened the door to television commercials. After making advertisements for companies such as Revlon and Converse, Fincher felt he had enough experience to open his own production company. With Steve Golin, Sigurjon Sighvatson and Dominic Sena, Fincher started Propaganda Films in 1986.

With Propaganda, Finch directed some of the best known videos of the ’80s and ’90s for artists such as Madonna, Patty Smyth, Mark Knopfler, Steve Winwood, Billy Idol, The Rolling Stones and others. In 2001, Fincher and others shut down Propaganda and opened the talent management and advertising and music production company Anonymous Content.

In 1992, Fincher made his first foray into feature films with Alien 3. It left a bad taste in his mouth and he almost left the movie industry behind him. The film slumped at the box office and many critics lambasted Alien 3 as an affront to the two stellar films made previously for the franchise. But it did introduce audiences to Fincher’s dark film-noir-ish style of film making.

Fincher would go on to make some of the best films in drama and suspense with Fight Club and Se7en making him a legend in modern American film directing.

Fincher is the best of the group of music video directors who moved on to feature films in the ’90s. He outshines collegues Michael Bay (Bad Boys and Bad Boys II), David Kellogg (Cool as Ice and Inspector Gadget), Neil LaBute (In the Company of Men and Your Friends & Neighbors) and others. In fact the only other director this writer can put as an equal of his group would be Antoine Fuqua.

Fincher uses CGI to great effect usually when he wants a shot too difficult for a camera. You would be hard pressed to notice the difference between live action and CGI unless you were looking intensely for it. Fincher also loves to make the audience uncomfortable with his claustrophobic feel of many of his scenes. His use of lighting and shadow also adds to the depressing feel of his films. You could describe Fincher as a film noir buff with a music video eye for detail.